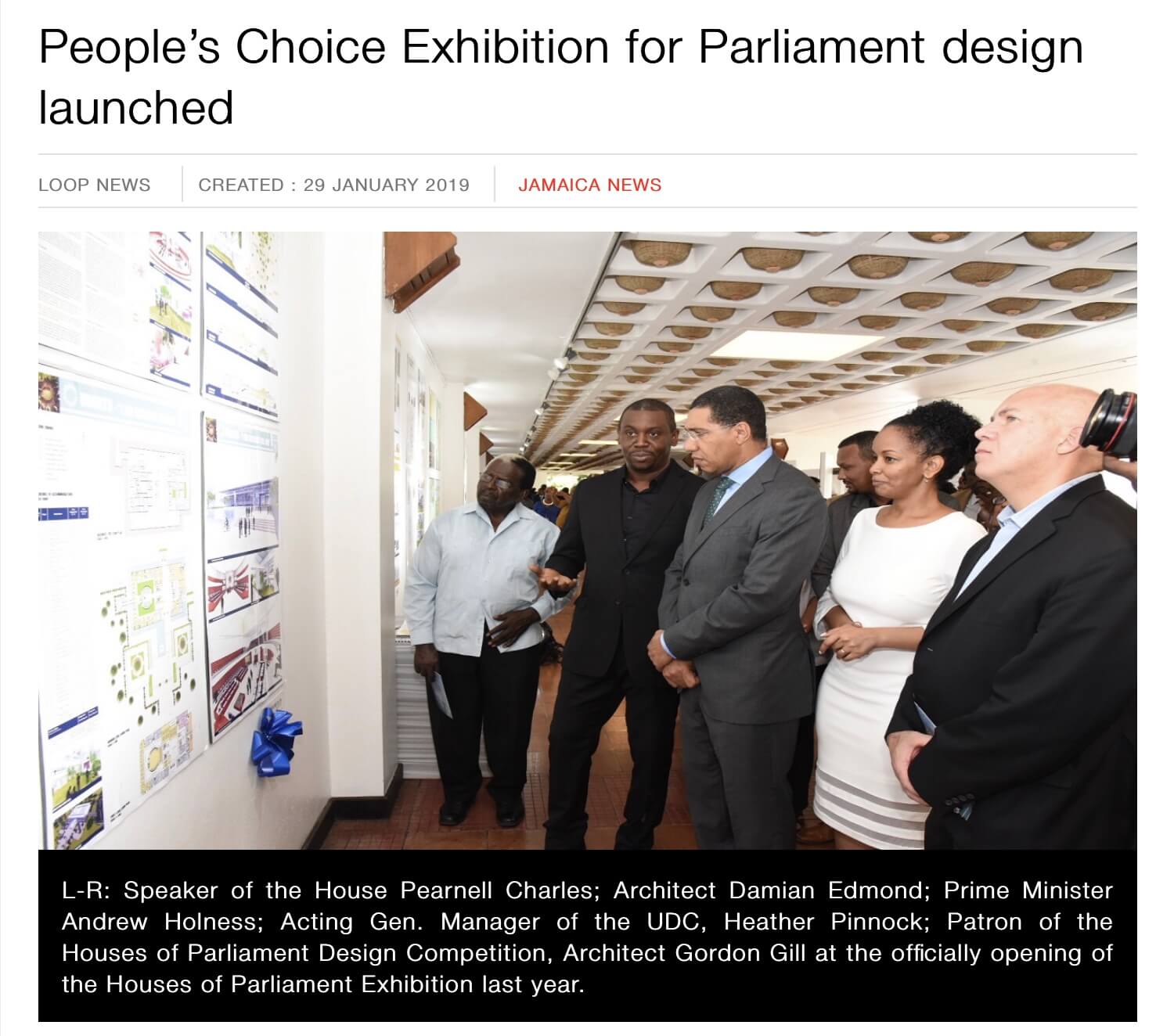 The Government of Jamaica’s Houses of Parliament (Architectural) Design Competition People’s Choice Exhibition is currently underway at the National Gallery of Jamaica in Downtown, Kingston.

The exhibit forms part of a People’s Choice voting mechanism that will determine which of the five designs on display will win the Competition’s People’s Choice Award in March when the contest ends.

The Exhibition is slated to run from Tuesday, January 29th, 2019 through to Thursday, February 28th, 2019 during the hours of 10:00 am and 4:00 pm Tuesdays through Saturdays. It showcases the three-dimensional models; animated videos and detailed conceptual drawings submitted by the top five architectural design teams, in the Houses of Parliament Design Competition – a methodology launched by the UDC on behalf of the GoJ in May 2018.

The competition format invited all Jamaicans across the world to participate in the design and development of a purpose-built, modern facility to house parliamentary sittings and matters of the country’s governance.

The UDC, managers of the competition, has partnered with the National Gallery to provide free entry to the gallery on the Saturdays, which fall within the exhibition period (February 2nd, 9th, 16th and 23rd).

The National Gallery also provides free entry for children and students with valid IDs. The standard $400 entry fee for adults and $200 for seniors remains in effect for all other days with the exception of the Gallery’s free entry offering every last Sunday.